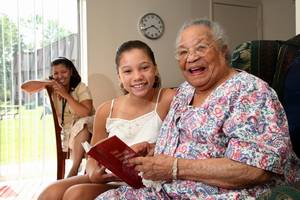 America’s population is not only aging rapidly; it is rapidly becoming more diverse. Statistics from the Administration for Community Living (ACL) indicate that the number of older adults from minority populations is expected to rise by 217 percent in the coming decades—a staggering fact that should make us all ask ourselves how prepared our agencies are to meet the needs of a population of older adults that is growing in its diversity. For this reason, in 2017, n4a created a Diversity Task Force to take a closer look at the importance of diversity and create a plan to increase the cultural competence of the Aging Network. This blog post is one of the results of the Task Force’s work.

Responding to the needs of the growing numbers of diverse older adults and doing so in a culturally competent manner is more important than ever before. Many of us have all spent hours learning how to be inclusive at our agencies and have invested time in learning about the groups of people we serve, because we know that this yields results for our older clients but also for our communities. But simply adding new gender or racial identification options on intake forms isn’t enough. In fact, it’s just a start.  We can and we must do more.

ACL’s new statistical profiles give us insight on key indicators that impact the diverse population of older adults we serve. I need to note that these profiles are based on 2017 data for older African Americans, American Indians and Alaska Natives, Hispanic Americans, and Asian Americans but that no such reports currently exist that provide insight into the experience of LGBTQ older Americans, yet we know this group remains vulnerable.

The data shows that all minority groups reported a higher level of poverty than the broader population. In fact, African Americans, American Indians and Alaska Natives experienced poverty at double the rate of the broader population with Hispanic Americans at almost double the rate of the general population. Additionally, most minority populations reported an elevated prevalence of disability, (i.e., difficulty in hearing, vision, cognition, ambulation, self-care or independent living), when compared to the general population.

Yet as minority populations struggle with a higher incidence of poverty and an elevated prevalence of disability, they also report having less access to medical insurance coverage. It is no wonder that health disparities overwhelmingly impact minority populations.

How then do we, as the Aging Network, most effectively work toward meeting the needs of the increasingly diverse aging population? How can we ensure that our mission statements that mention dignity and independence truly include the needs of all minority populations represented in our communities?

To address these issues, the Diversity Task Force is putting a spotlight on this critical issue and working to:

- Ensure that all staff and programs are culturally competent;
- Increase the number of AAA leaders and staff who reflect the diversity of the
clients we serve;
- Address the issues of health disparities;
- Assist member agencies in working with Boards and
Advisory Committees to increase cultural competency and diversity; and,
- Effectively address issues of race relations and immigration.

In order to meet these goals, the Diversity Task Force is using multiple approaches. This blog is one of the ways we will use to reach the Aging Network. Stay tuned for new blog posts written by Task Force members. We are also pleased that n4a will continue to conduct webinars that address issues of diversity, inclusion and racial equity, and will conduct educational sessions on these critical topics at n4a Conferences as well as State and local AAA conferences and meetings. Attendees at this week’s n4a Annual Conference in New Orleans will have the opportunity to attend several workshops that focus on ways AAAs can advance toward inclusion and cultural competence.

One of these workshops will highlight the idea of Implicit Bias (From Awareness to Inclusion: A Discussion About Implicit Bias Training). We all have unconscious feelings and attitudes or bias that we developed throughout our lives based on things such as appearance, age, gender, race and sexual orientation. Have you ever had the experience of seeing an individual and having a thought pop into your mind that surprises you? “Where did that come from?” you might ask yourself. The most likely origin of the thought is your own implicit bias. We ALL have implicit bias, and the best way to effectively manage this bias is to increase our self-awareness. We hope you attend the session in New Orleans to learn more about implicit bias.

As you can see, the Diversity Task Force takes this topic seriously. We hope that you will join us in the effort to help the Aging Network become better equipped to face current issues of inequity while also preparing for the future. We hope you participate in future webinars, attend sessions at the Conference, access the information available on the n4a website and read our future blog posts. We hope you share our passion to create equity and inclusion for all older adults.